When setting about writing a feature, it’s always best to research the subject you’re writing about… obviously. Sure, I’m a photographer and I know a fair amount about film photography. But not as much as Google.

I begin punching the search term in: is film photography … Google being the handy bugger it is spits out a bunch of suggestions:

Interesting results… Is film photography vegan? Umm, no idea. But is film photography dying/dead, making a comeback/coming back? Yes, but also no. It’s a tricky one. Let’s look at the facts and then you can make up your own mind.

The film photography debate is rooted in hipster culture. Those of us wearing black skinny jeans ten years ago (***quietly raises hand***) are probably now wearing pants baggier than an airport windsock. We’re the same overalled folk slinging op-shop bought, leather-strapped point and shoots around town. But trends come and go and often, there’s no sense in what’s cool and what’s not. It takes one person or an influencer to make a trend — like the topknot or manbun, a historically prevalent haircut of Samurai and other cultures. Further to my point, do a quick Google search for famous people with cameras. The only digital camera I can see on the results page was Barack Obama with a Canon 5D. Funnily enough, this was the only colour photo on the results page, too. Then in black and white there’s Matt Damon, Brad Pitt, Kate Moss, you name it, all holding medium format film cameras they probably don’t know how to use. Famous people, have in part, romanticised the idea of shooting on vintage looking cameras.

The trend of film photography however, is heavily imbued in aesthetics, which can easily be replicated digitally. This aesthetic has been adopted by hipsters. Hipsters like to harness the counterculture narrative and at times, claim they’re bringing something back, like single fin surfboards. We’re seeing more and more hipsters championing film in digital spaces like Instagram which has perhaps led to the assumption that film photography is experiencing a resurgence. (This is great, don’t get me wrong. We need every hipster out there buying film if Kodak and Fujifilm are to survive). But maybe the only true testament to this alleged resurgence is cold hard facts, not the rhetoric I’m tossing around. 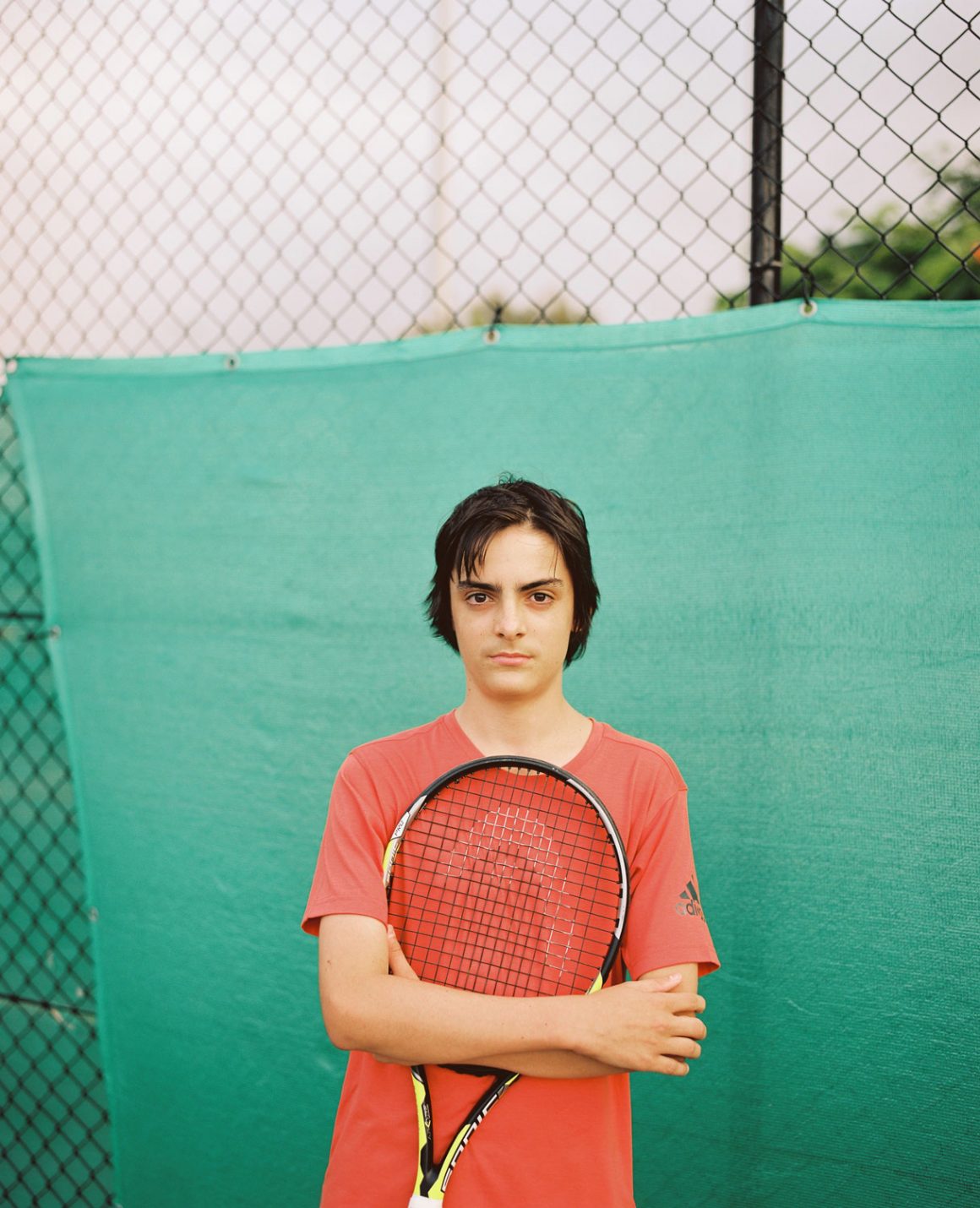 Here are just some of the defining moments and incredible fluctuations seen in the film market in the last 10 years:

Olivier Laurent wrote in a TIME article that, “… in the last three years, companies like Kodak, Fujifilm and Harman Technology, which manufactures the popular Ilford Photo black-and-white films, have been experiencing a comeback.”

Great. That’s awesome. All our favourite film stock is being produced (bar Kodachrome) and on paper, it’s evident that film is undergoing some kind of resurgence. But sales are a far cry from its peak in 2003 with 960 million rolls of film purchased globally. This is in actual fact the first time in ten years that film sales are on the up. But much to the displeasure of committed film shooters, Kodak and Fujifilm have whacked an additional 30% on their price tags.

Manufacturing film in a digital world is no easy game so the price hike was inevitable. Doesn’t make it any easier on the avid film community to keep shooting. Film is getting more expensive, and all the bits and bobs surrounding this medium are out of production, like Noritsu and Frontier scanners, or on their way out of production. It’s a very strange space.

Another fact worth mentioning is how film processing labs are dropping like flies. I came back from a trip last year with a bag of rolls and my local lab had closed its doors in the time I was away. But when one door closes, another one opens.

Shibui Film is the Gold Coast’s home of film photography. Its owners, Josh and Brooke are experts. And with an engineering background, I’ve seen Josh do some pretty tech and innovative stuff in the lab. You’ve got to have a certain mind to work strictly with aged software and machinery, without manuals. I’m also pretty sure Josh has some kind of weird film fetish and spends his nights by the cold blue light of the computer monitor trawling online forums for additional processing equipment.

Straight from the horse’s mouth… Josh, mate, as a film lab owner and operator, what do you reckon about film photography? Trend? Coming? Going?

“It’s an opinion that varies depending on who you ask,” Josh says. “There is 100% a resurgence in film photography and there’s no questioning that. Fad? I don’t think so. Otherwise I wouldn’t have started this business. I think it’s become so popular with the younger crowd simply because it’s diving into something they might have missed out on as a kid. Where technology has taken over their life and everything is at their fingertips with the swipe of a thumb or the press of a key. Shooting and expressing yourself on film is a much more intimate and personal experience. There’s so many hands-on variables affecting the outcome. People appreciate the unexpected.”

Amen. So, let’s say film photography is experiencing a resurgence. How do we ensure it sticks around for good?

“As long as there are companies who are willing to update and get onboard with this resurgence then film photography is a safe art. And of course, the passion for creativity among photographers is needed.” 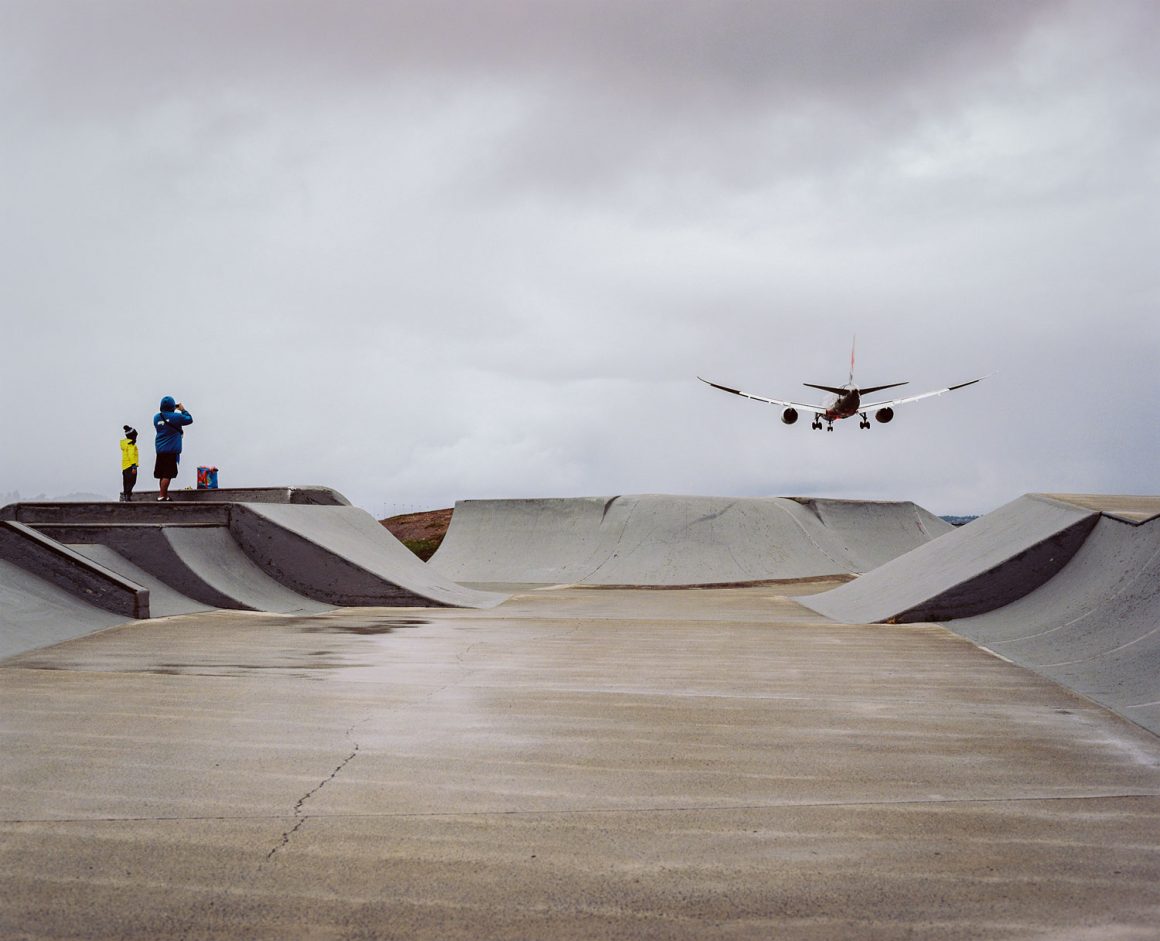 ANALOGUE IN A DIGITAL WORLD

Another idea of film’s resurgence perhaps stems from the advent of the cultural tether that is smartphone technology. These palm-sized, omniscient overlords are most likely the cause of digital camera sales declining every year since 2007. I wrote a piece about our addiction to handheld devices in Issue 1, and some of the sentiments I expressed have never been truer. I’ve also run film photography workshops in the past and without fail, they turn into a smartphone photography workshop. There’s nothing stranger the presence of 30 smartphones at a film photography workshop. Because if it wasn’t captured on the phone, it didn’t happen, right?

But, in all fairness, the smartphone is pretty smart. When shooting medium or large format, and when needed, I’ll use a light meter and reciprocity failure calculator app on my phone. There’s an app for everything! The HUAWEI sports a Leica lens, arguably the best glass in the industry. Again, I just did a quick Google search and found out that the HUAWEI P30 has a “combination of a SuperZoom Lens and 20 MP Ultra Wide Angle Lens, a 40 MP Super Sensing Camera and a unique HUAWEI TOF Camera (Time-of-flight camera).” The fuck? 40 MP?

iPhone cameras are pretty good, too. So why do we need digital cameras at all if our phones can do the trick? Truth is, we don’t, depending on what you need it for. It seems most are happy to wheel a 35mm film camera and keep a smartphone in their pocket for those moments that are nice to hoard in the Cloud, but not nice enough or worthy enough to waste on an expensive negative.

In a digital versus film conversation, it’s a wonder anyone shoots film at all. There’s an unnerving amount of film emulation presets out there, like VSCO, who do a bang-up job cut and pasting favourite colour negative, reversal and black and white films. Most Fujfilm digitals now incorporate film filters so fluctuation between Velvia, Provia, or Acros is all at the flick of a button. Getting Velvia jpegs straight out of camera is pretty neat.

With all the technology and ease of achieving film aesthetic available, why would anyone in their right mind spend $10+ on a roll (nearly $20 for a roll of Kodak Ektachrome), and then $10-20 on development and scanning? As you probably know, the answer is in creative control and process. When I shoot medium format, I’m looking at around $3 a shot after purchase of film, development and scanning. Seems expensive. But it’s the price I pay for one photo because (most of the time) it’s just one photo. I’ve given that one photo some serious thought. It’s an artistic and intimate process that often directs your eye towards what you feel, not what you see.

The thing is… film photography was perfect before the invention of digital cameras, which still can’t match the quality of 4x5s and 8x10s. Yeah, the process is slow, but that’s the beautiful part — making considered images with intent and feeling as opposed to the trigger happy jpegs coded with metadata. I’d like to know how many film photographs are taken daily, versus the 95+ million images uploaded to Instagram every day. That’s a disgusting amount of noise. We don’t have to see the images to know who’d win the point of quality.

Film photography creates moments of permanence. Even though the digital element is and always will be apparent, overall, film photography offers a brief respite from the digital juggernaut and desire for instant gratification that governs our lives.

In answer to one of the many questions Google set forth at the start of this article, yes… film photography is expensive. But it’s worth it. Is film photography coming back? Yes, it is, and hopefully it’s here to stay.

Words and Photos by Aaron Chapman. Feaure illustration by Inkten.co 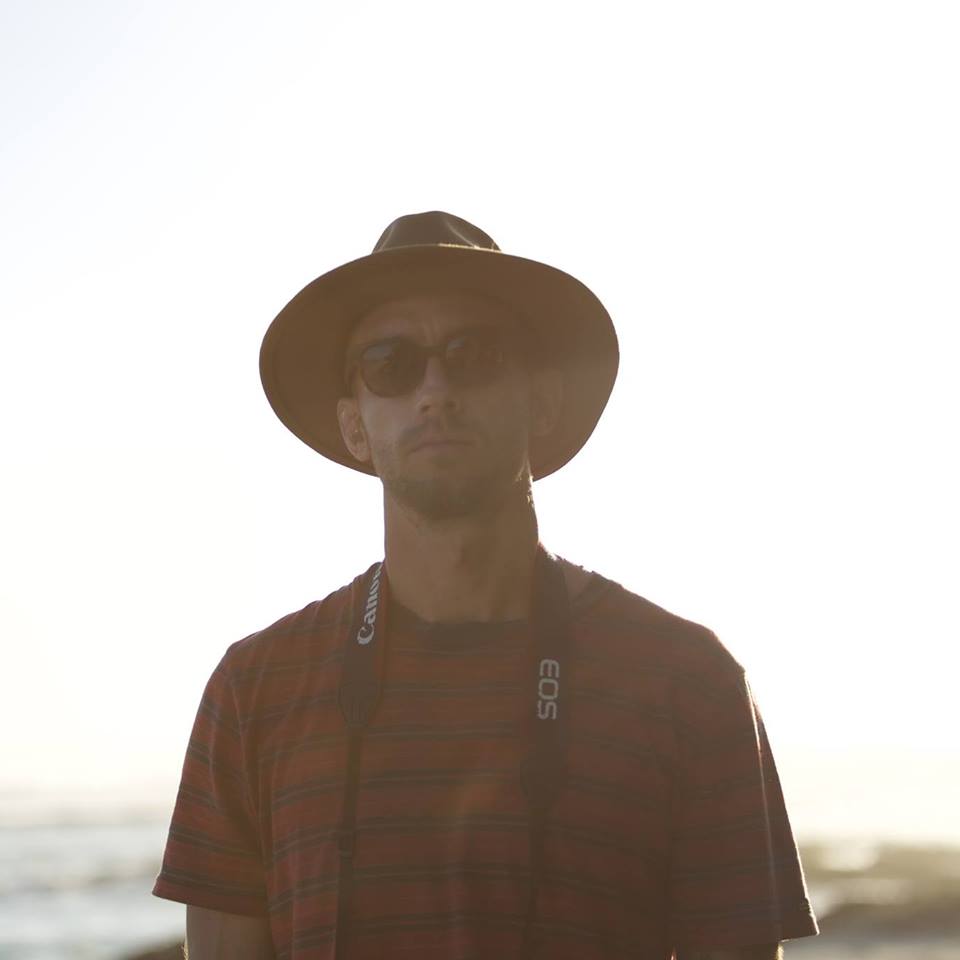 Aaron is a freelance writer and photographer based on the Gold Coast, Australia. Though Aaron writes copy for advertising companies and photographs for commercial clients, he will continue to express himself through writing and photographing what he wants, when he wants. He’s a rebel. Aaron’s written works keep a poetic and lyrical intensity and are always a translation of personal experiences. And his contemporary photography seeks isolated elements in his surrounding urban spaces. Aaron also despises writing about himself in third person.
View Profile

Aaron is a freelance writer and photographer based on the Gold Coast, Australia. Though Aaron writes copy for advertising companies and photographs for commercial clients, he will continue to express himself through writing and photographing what he wants, when he wants. He’s a rebel. Aaron’s written works keep a poetic and lyrical intensity and are always a translation of personal experiences. And his contemporary photography seeks isolated elements in his surrounding urban spaces. Aaron also despises writing about himself in third person.
View Profile
PrevDid you like this....Spring festival
What about this one....Does Feeling Need a Reason?Next 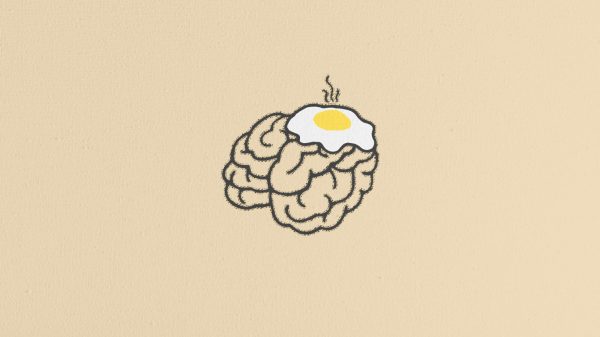 Details of the wonderful and woeful lifestyle of working in 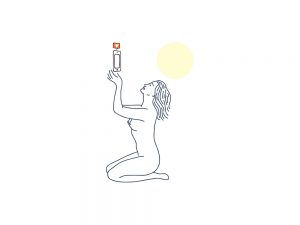 HARD-WIRED by Aaron Chapman   “Put your phone down, idiot. The 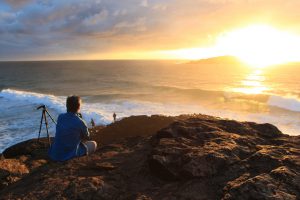 A Call to Attention: Work for Your Travel

A Call to Attention Work for Your Travel   First 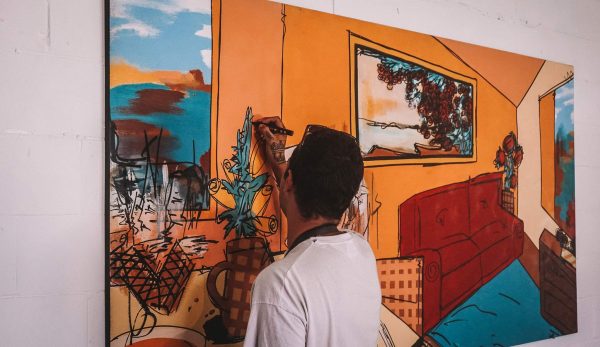 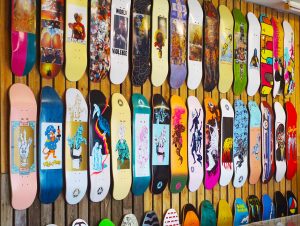 “A place to get in touch. A place to 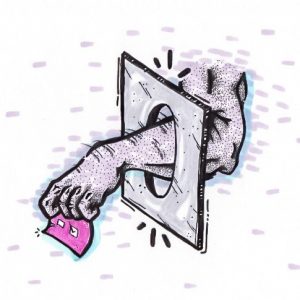 Let me give you the run-down on marriage equality in the country I live in, Australia.

Let me give you the run-down on marriage equality in